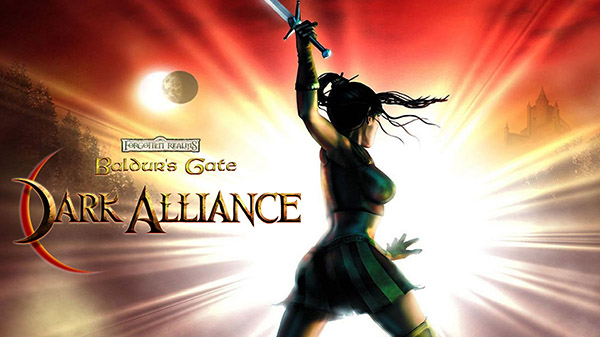 Publisher Interplay Entertainment and developer Black Isle Studios have announced that their bringing the early 2000s action-RPG Baldur’s Gate: Dark Alliance to the PlayStation 4, Xbox One, and Nintendo Switch on May 7.

The game will be released digitally for $29.99 and will included enhanced graphics up to 4K resolution and local co-op play. The original game released all the way back in 2001 on the PlayStation 2 and in 2002 on the Xbox and Nintendo Gamecube. You can check out the trailer posted by IGN below and read more about the game.

This revival of the original Baldur’s Gate: Dark Alliance puts the ‘action’ back into the action-RPG genre, plunging players into the heart of Faerun. As well as looting and leveling, players must actively defend against and dodge attacks, evade deadly traps and fight hordes of monsters ranging from swarming kobolds to the iconic and all-consuming Gelatinous Cube.

Featuring three customizable heroes, this epic adventure spans dozens of locations across three massive acts, through the dungeons beneath the city of Baldur’s Gate, to the peak of Burning Eye mountain, deep into the Underdark and beyond.

With a PC and mobile launch planned, now’s your time to grab a friend or brave a dungeon alone and explore the western coast of the Forgotten Realms.

A re-release of the beloved console classic, now with 4K scaling on the Xbox or PlayStation 4 Pro.

Three race and class combinations. Play as a dwarven fighter (Kromlech), a human archer (Vahn) or an elven sorceress (Adrianna).

More than 40 different types of monsters and boss villains.

Over 25 active and passive skills to buff your adventurer’s ability to deal and take damage.

Varied environments, from the sewers beneath the city of Baldur’s Gate, to the Sunset Mountains, to the Marshes of Chelimber.

Fully voice-acted by an all-star cast.