Destroy All Humans takes place on Earth in the 1950s and sees Crypto-137 coming to the planet after Crypto-136 disappeared here. It’s up to you to harvest human DNA to save your people and take out the US government with a variety of alien weaponry. The story isn’t something I found that interesting when I played the game back on the PlayStation 2 and that remains so today in this remake. It very much has that 1950s feel about it in the writing and while some of it comes across as bad and cheesy some of it is also comes across as quite funny. Cypto and Pox in particular I really enjoyed listening to during the story.

Now one of the biggest things I was worried about was how would the game feel to play as many gamers can agree that games that felt good to play in the early 2000’s don’t feel good today. Thankfully the controls were one of the things the developer improved in this remake and because of it playing as Crypto felt really good. Some of the improvements include the ability to perform dash like maneuvers and skate along the ground. You can also now use your weapons and powers at the same time allowing you to create even more beautiful destruction on Earth. While the updated controls do mostly make for a better experience playing this in portable mode on the Switch can be a bit annoying. I found it difficult to aim at times using the Joy-Cons and enjoyed it much more when I played it on my TV using the Pro Controller.

When it comes to any remake graphics are usually one of the biggest areas we see an improvement in and that is very much the case with Destroy All Humans, at least on platforms other than the Nintendo Switch. I was really impressed with just how good this game looked on the PlayStation 4 Pro last year but the Switch version has had to dial things back quite a bit and that goes for whether you’re playing the game in portable mode or docked. I noticed a lot more pop-in on the Switch and things like textures take a while to load in and when they do, they look a lot worse compared to other platforms. The framerate seemed to be smooth though so it’s likely the visuals were taken down a notch to ensure this was the case. Another thing worth pointing out is you should be prepared for some long load times on the Switch with some lasting up to a minute.

Another technical area of this remake that disappoints is the audio. For some reason they decided to stick with the original audio from 2005 in this remake and that only hurts it in my eyes. Perhaps they did it because they couldn’t get the original voice-actors back to voice the lines again but due to that decision a lot of the voice acting here comes off as really bad and cheesy. Had they brought new people in to do it then it likely would’ve turned out much better.

Destroy All Humans on the Nintendo Switch isn’t the best remake of an older game that we’ve seen but it’s still a solid one. As someone who spent a lot of time with Crypto-137 back in the day I was happy to jump back into his boots and terrorize humanity once again. Some parts of the game like the mission design and the audio do show their age but improvements to controls and graphics make for a better experience over the original version. The Switch version doesn’t do this remake justice though and if terrorizing humanity on the go isn’t that important to you then I’d recommend playing it on any other platform.

*Destroy All Humans! is available now on PlayStation 4, Xbox One, Nintendo Switch, and PC. Nintendo Switch version reviewed. Review copy provided by the publisher for this review. 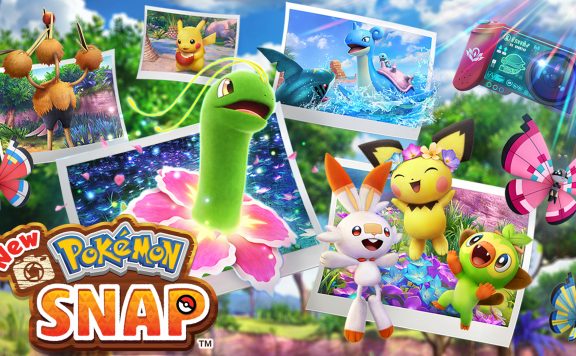