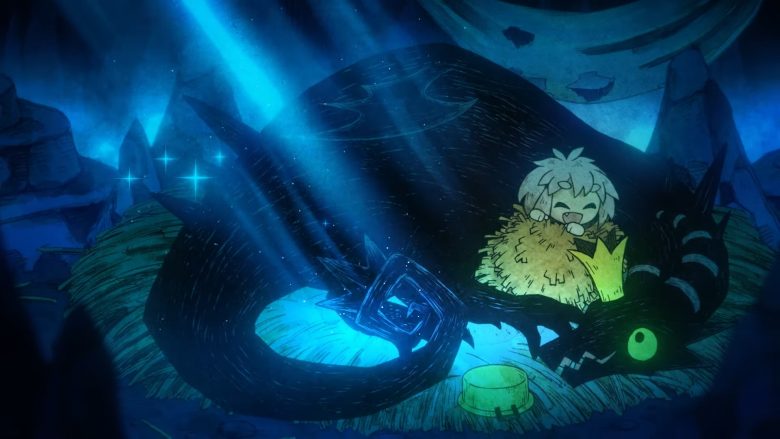 NIS America has announced that they are bringing The Cruel King and the Great Hero to the PlayStation 4 and Nintendo Switch in the west in early 2020.

The game is a brand-new tale from Sayaka Oda who was the director of The Liar Princess and the Blind Prince that released in 2019. You can watch the trailer and learn more about this game below.

A young girl named Yuu embarks on an adventure to become a great hero. By her side is a fearsome beast known as the Dragon King, who guides and protects her. However, the truth of the dragon king’s past will soon rear its ugly head, threatening the peaceful life they’ve enjoyed until now. Explore charming settings, overcome monsters and puzzles, and discover a story of companionship, heroism, and facing the past!

Allies in Adventure – No challenge is too great with your mighty protector waiting in the wings. Fight monsters and navigate perilous environments, with an occasional helping hand, of course!

A Living Storybook – With a charming soundtrack, artistic inspirations drawn from children’s storybooks, and classic 2D scroller visuals, this adventure is as much a treat to play as it is to look at.

Heroic Discoveries – Collect hiddens items throughout the land to unlock goodies in the in-game gallery, including character profiles and behind-the-scenes illustrations!