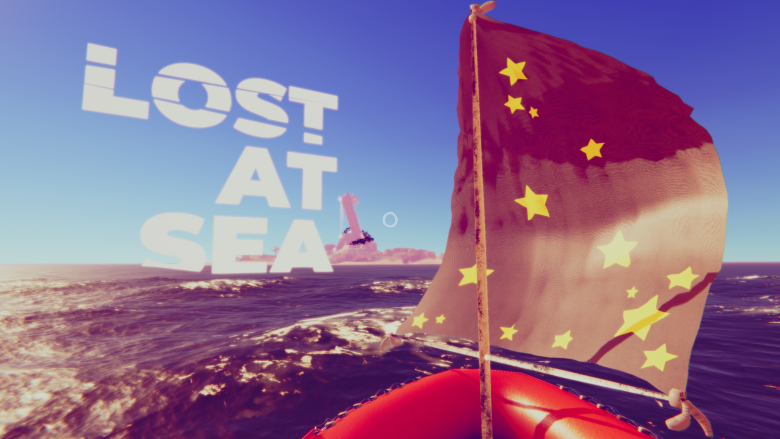 Lost At Sea is a narrative adventure about coming to terms with your past. About accepting the good and bad things that have happened in your life and realizing that you’re only human, however difficult it may be to let go of the painful memories that haunt you.

You start the game adrift in open water but you’ll soon reach an island (which kind of makes me wonder about the title) where you’ll have to confront your memories from different stages in your life. You play as Anna, an elderly woman who’s been through a lot in her life.

In the first two stages, you mostly have to deal with the loss of her son, who she lost when he was only nine years old, only a short time after his grandfather. Beware: Lost At Sea doesn’t shy away from punching you in the gut with stuff like “There we were again, two months later. Same church. Same Cemetery. Smaller coffin.”

In the later stages, you’ll see her working through memories of her husband, who’s slowly slipping away into dementia and who needs special care just to get through everyday life. proving once more that losing a loved one is never easy, no matter the speed of the process.

One of the memories perfectly encapsulates this, with a dinner table that seems to have one fewer plate/seat each year and making it clear how many people close to us we’re bound to lose eventually. Anna’s on this journey to work through these memories and Lost At Sea puts us through a certain gameplay loop to do so.

First off, you’ll have to explore each stage of life for missing objects. You’ll see these in the world as luminescent but faded items that do not take long to discover.

The stages themselves though, can be harder to spot as they do not appear on your compass. You’ll have to get a high vantage point to spot them or simply need some luck and hazard upon them as you explore the island.

As soon as you mark a missing object though, you can start tracking it down. Once found, there will be a minigame that is different each time. Some of them are fairly obvious: parcours across some wooden beams like an adventurous child, pop all balloons or play a game of musical chairs.

Other challenges take some trial and error to understand and they’re usually not so much fun, as they are clever, like juggling some dice in the air, each one representing a responsibility: your husband, your kid, your job, your house…

That dinner table setting from earlier? It required you to stay still and not interact at all. There’s also a game where you have to guide your invisible partner down the shore, breaking down walls in their path and protecting them from spirits that attack them.

I can certainly appreciate the thought that went into all of these and the way they portray something relevant to the memory. But none of the challenges are really any fun and they all feel very basic, gameplay-wise: Walk here, press action button there… It’s all very formulaic and the visual feedback you get doesn’t act as any kind of reward either.

What you do get, once you return the item to its rightful place in the life stage, is a beautiful piece of art.

I think it was somewhat of a weird choice to have some narration before and after the visual and not while it’s on-screen though because it usually poses a problem or asks a question first and then gives you the answer or the continuation after the image.

The narration itself was good, the female voice sounded appropriately of age and they didn’t fall into the obvious trap of going for a cliché old lady voice. As for the music: while there was some present at times, it wasn’t very memorable or noteworthy.

If you’re thinking Lost At Sea might resemble something like What Remains of Edith Finch, you’ll end up being disappointed. Both games have similar ideas about playing through interactive memories, but the execution here is far less polished and the gameplay doesn’t feel as rewarding.

In fact, the visual appeal is sadly missing and the island isn’t all that interesting. Most of it is barren and outside of the objects you interact with, it leaves an empty feeling. Like a videogame editor sandbox that has a few items dropped in.

It even made me wonder why the game is exclusive to PC, Xbox Series X and Playstation 5. I’m not sure why the next-gen prowess would be needed to render these graphics as we’ve seen far more impressive titles on previous generation consoles (take Everybody’s Gone To The Rapture for instance, which also has you reliving people’s memories but does so in an almost photorealistic world)

Furthermore, there were a few minor issues, like foliage popping into existence when you walk closer to it (making the world seem even more empty when you look into the distance) or getting a “No Localised Source Found” text message where there should have been part of the story (luckily only happened once).

As usual with games that allow you to roam freely, there are also some collision detection issues where I got stuck between two rocks, couldn’t jump on something that was only somewhat higher than my ankles or where I started floating for a short while. These sound worse summarised than they actually are, but encountering a few of these does make it feel like it needed some final polish and QA.

One issue was slightly more blocking: I had collected three out of four items for the adult life stage and when I resumed playing the next day, that life stage was missing from my compass so I couldn’t track down the final item. I also had a hard time locating the stage again to reactivate my compass.

I also do not understand why there was a need to introduce an “enemy” in a game like this. Anna has fears and insecurities that haunt her, and these take form in a shadow that draws near and when you make contact, it resets you back to the last life stage you visited, even if you were collecting items for another one.

It’s frustrating, especially with the slow walking speed (yes, there is a run button) that makes it take a while to navigate back to the region where you were looking for a piece of memory. Get close again? Oops, there comes the existential dread that resets your progress.

I’m aware of the narrative importance this may have, but it’s just not… fun.

For the Achievement/Trophy hunters: Lost At Sea will take around 2 hours to complete and is an easy 1000G/Platinum, simply following the story will give you the full completion (sadly: no replay value)

Lost at Sea is a narrative adventure about coming to terms with your life and has a meaningful story to tell, but it fails to deliver anything new to the genre. The shadows chasing you actively hinder the enjoyment of what could have been a nice experience. 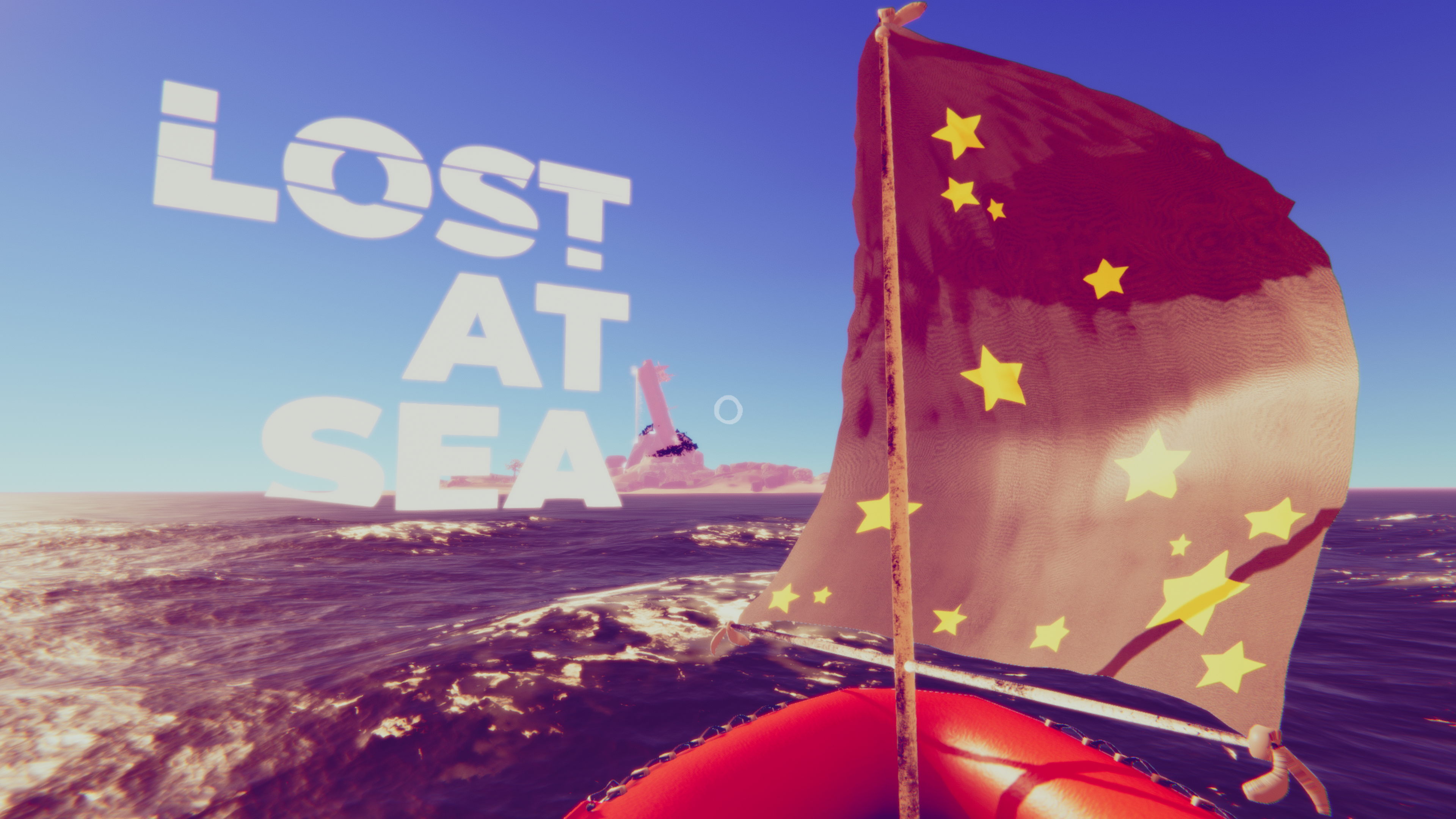 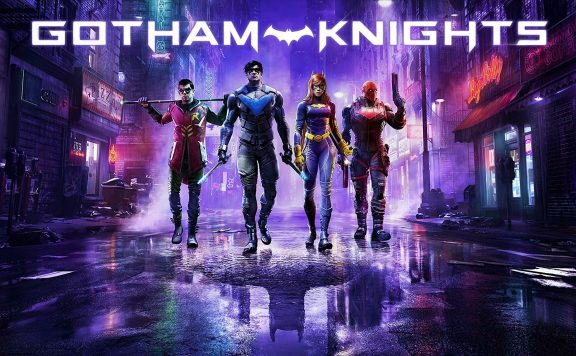 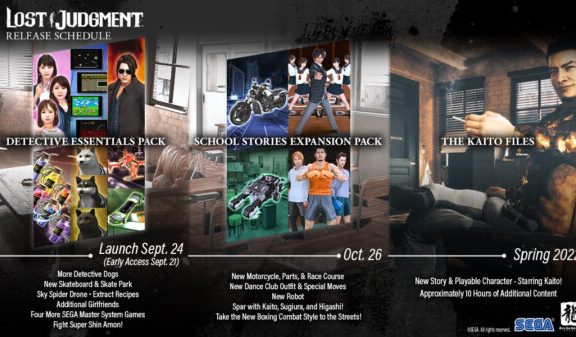