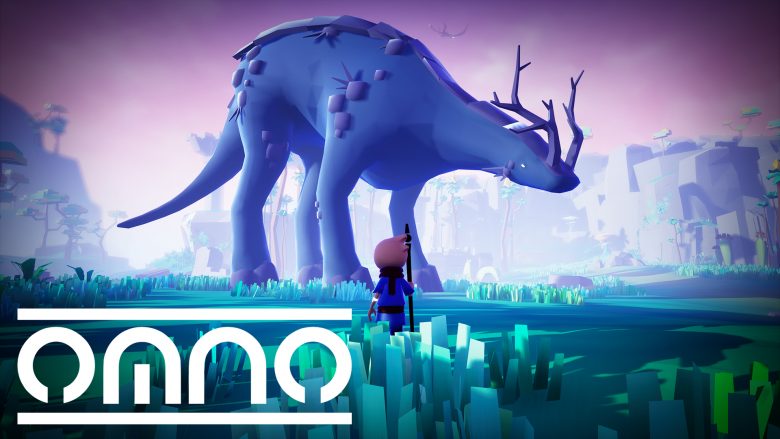 The fact that Omno is made by a solo-dev is nothing short of remarkable. After a successful Kickstarter campaign back in 2018, Jonas Manke doubled down on the efforts to bring us this wonderful exploration game and boy has his work paid off. The resulting game is an excellent example of the contribution indie games bring to the medium as a whole and a journey you definitely shouldn’t miss out on. Let’s get started!

I usually start my reviews by talking about the story, but here I’m inclined to draw the attention to the visual marvel first and foremost. While Omno features a low-polygon style, the developer has certainly mastered bringing out the most with this textureless approach. Simple geometric shapes and soft pastel colours combine into vistas that are a welcome treat to the eyes.

That’s not to say there isn’t any story-telling present, but you will have to actively look for it. Spread across the world are murals and glyphs, which each carry a small part of the narrative with a wanderer just like you documenting their own travels in search of the light.

Each level in Omno is a self-contained biome with a number of creatures and items to interact with. The fact that it doesn’t have an open world is actually to the game’s benefit if you’d ask me, because you never feel scared about missing some vital collectables and that FOMO (Fear Of Missing Out) is an actual dread I experience in a lot of games.

If you’re like me at all, games that tell you where to go for the next main objective are subconsciously just telling me to go the other direction first, in search of any lore that might be hidden away or items that somehow boost my progression.

In Omno, you don’t have to worry about that at all. You can simply press the Y button and show a hologram map that displays your completion percentage for the current level and if you find a meditation spot you can even see their whereabouts.

Each level requires three glowing orbs of light that you need to collect in order to proceed, but there are always more than the required three. Omno offers such a satisfying completion though, that I would be seriously surprised if most people didn’t go for the full 100% in each area.

When you enter a new biome, you’ll also unlock a new traversal mechanic. At first, you’ll unlock an air dash, which replaces a double jump option I was really missing (instead you press “A” longer to jump a little higher) and soon after you’ll also unlock the ability to teleport, surf on your staff or glide in the air.

Most abilities are a joy to use and you’ll often have to chain them together, but that’s where perhaps the only minor issue of the game is hidden: it can be hard to correctly trigger a glide coming out of a dash or teleport and it feels bad to plummet to your death simply because the game didn’t register the button inputs the way you intended.

Furthermore, the gliding needs to be precise for a few collectables and it’s not always as easy to pinpoint your movement.

A checkpoint is usually not too far away though and it should only require minimal trial & error to actually make it past certain platforming obstacles. Omno is above all, a serene and relaxing experience, so no need to fret.

Each area in Omno is also inhabited by creatures you can interact with. Some simply drop a few light crystals, which you can collect to power up a totem, granting one of the light orbs you need to progress, but others actually help you traverse the world. From small turtles that act as stepping stones, to giant ones that you can ride to the next level. (There are 41 creatures in total.)

These fantastic creatures are certainly highlights of the game, showing you the world’s grandeur from atop a flying dragon or a floating jellyfish, accompanied by some truly enchanting vocals that will send shivers down your spine.

Some of the smaller ones play into the achievements & trophies of the game, which are also a joy to unlock. You have the expected “get 100% in each area” type achievements, but there are also some that reward experimentation, like standing on a stone hermit crab and riding it 5 times or sliding on the ice with some penguin-lookalikes. It’s a treat and the way they interact with the player are truly wholesome.

This counts double for the flying squirrel-type creature that accompanies you the entire game, and before you ask, yes, you can pet it:

Other than platforming, there is also some minor puzzle solving involved. Nothing too complicated, usually it’s simply setting up pillars so you can jump on them, some Simon Says type memory game or lining up glyphs to unlock a ray of light.

The only ones that may give you some pause, are puzzles where you need to bring a light key to a pedestal to activate it, but while carrying it around, you can’t use any of your fancy platforming techniques.

Omno isn’t a very long game, but it doesn’t have to be. I was perfectly happy with the ~4-5 hour runtime and while I was a bit sad to see the credits roll, I realized it was the perfect length for such a title. Perhaps if I could only utter a single wish, it would be the inclusion of some additional extras.

They made the great choice of giving you access to a time-attack down the snowy slopes and you can collect light beads to increase your speed or surf to certain points to get your time reduced and it’s really fun to try and set a new personal best. I would have simply loved to have more tracks like these or to be able to compare my scores to friends.

But that’s like demanding an extra scoop of ice cream when you’re already getting a surprise dessert after your dinner. And who wants to be that guy? (Not me!)

I played Omno on the first day it arrived on Xbox Game Pass and adventures like these are the perfect content for it. Fun, memorable and not overly long while not needing to worry at all about the fact that there isn’t a lot of replayability. With giant new games releasing on an almost weekly basis, it can be a welcome change of pace to have a palet cleanser that can be finished in just a few sittings (and I’ll wager that plenty of people will not be able to stop themselves from completing it in one go)

Omno is a gorgeous and serene journey that succeeded in the rarest of achievements: it managed to make me feel relaxed. Completing each area in the game left me with a sense of accomplishment and the wholesome interactions with the world and its inhabitants will linger for some time to come. Wholly recommended! 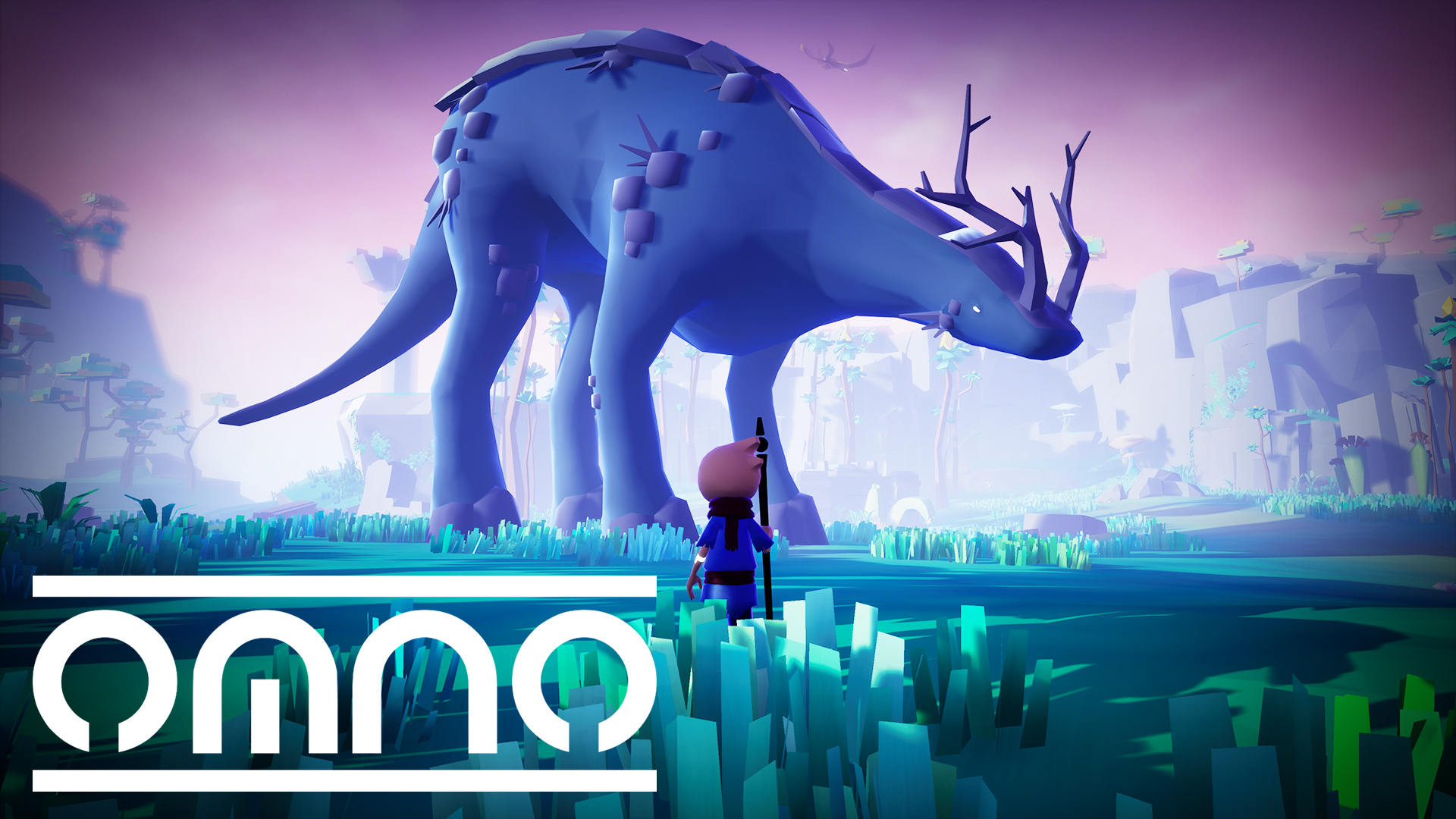 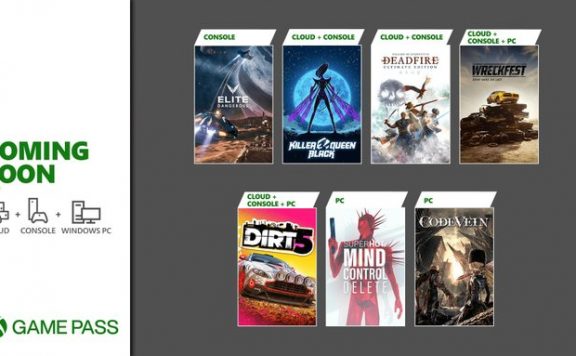 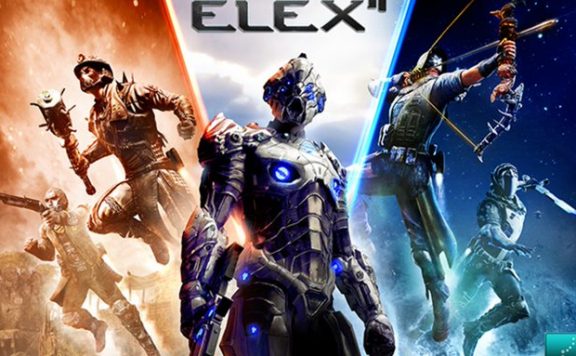