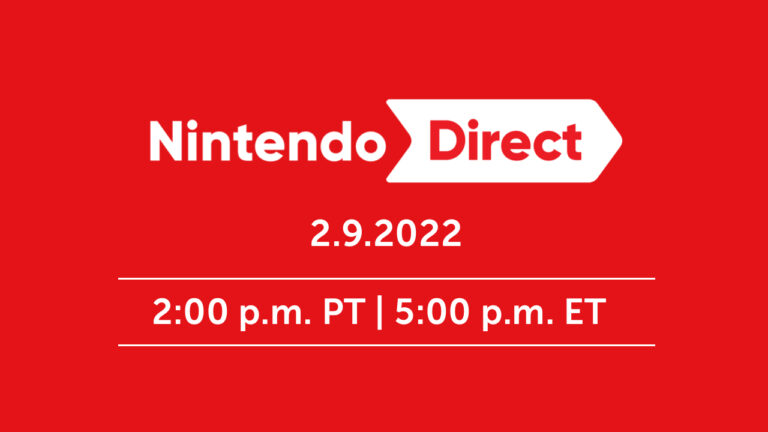 It’s time to get excited Nintendo fans as Nintendo has announced the first Nintendo Direct presentation of 2022 is happening tomorrow.

The Direct will kick off at 5:00 p.m. Eastern on Wednesday, February 9. Nintendo says it will run for around 40 minutes and will be mainly focused on Switch titles releasing in the first half of 2022.

Of course, we’ve heard this way or wording before so while most of the Direct will likely be focused on early 2022 titles you will most likely see some titles coming later in 2022 or maybe even 2023. Let us know in the comments what you hope to see.