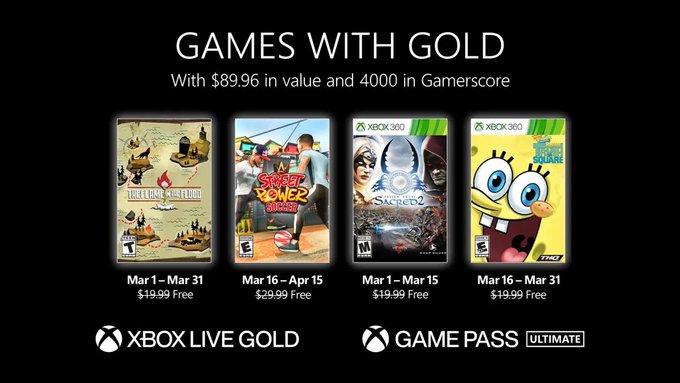 Microsoft has announced the Xbox Games with Gold free games lineup for the month of March 2022.

Xbox Live Gold and Xbox Game Pass Ultimate members will get four free games this upcoming month with those being:

0 0
Previous ArticleMartha is DeadNext ArticleCult of the Lamb is Coming to PS5, PS4, Xbox Series, Xbox One, Switch, and PC in 2022