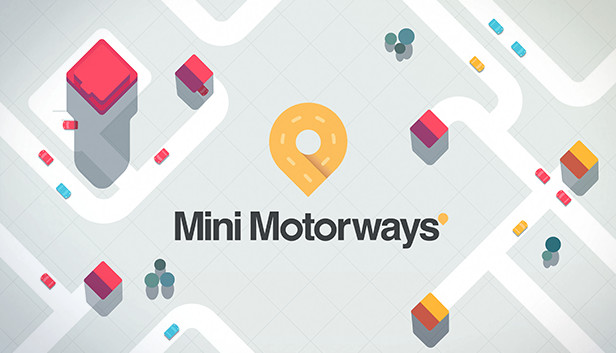 Mini Motorways is a minimalistic puzzle game from developer Dinosaur Polo Club that has just recently made its way from Apple Arcade over to the Nintendo Switch. It’s a game where you’ll be the one in control of how a city layout is made and if you don’t plan carefully your city will go under as fast as it began.

I’ll start by saying if you’re looking for a game to just chill out to and kill some time then Mini Motorways is the perfect game for that. The premise is quite simple as you’ll be picking from a variety of real-world city locations and be drawing roads to help vehicles get to where they need to go. You’ll start off with a few different cities to choose from like Los Angeles and Tokyo and as you make deliveries in certain cities, you’ll gradually unlock more cities like Munich, Moscow, Mexico City, Warsaw, and more with 14 of them being available in total.

The game starts out slowly to help get you into the swing of things. You’ll start off with a house somewhere on the map and a destination somewhere else. You have to then draw a road, using either the buttons or touchscreen, connecting the house to the destination so that a vehicle can go to and from there to pick up stuff. Houses and destinations are color coded too so a blue house needs to be connected to the blue destination for example. The simple art style and color scheme is very pleasant to look at and makes everything easy to see at a glance. The game even has a colorblind option that you can toggle should you need it.

Mini Motorways operates on a weekly schedule so an in-game clock will show time passing and as it does more and more houses and destinations pop up on the map. You are also only given so many road tiles that you can place so you need to be efficient with how you are drawing your roads. At the end of every week you’ll be given a choice of two different material packs to choose from. These include more road tiles as well as things like traffic lights, bridges, tunnels, motorways, and more. It’s up to you to choose each week which one better suit your needs.

Certain cities feature different terrain so a bridge might be necessary for you to choose in order to make it so some houses over on the other side of some water can get where they need to go. The same applies for other cities that have mountains that you may need to build a tunnel through. Traffic lights can help make intersections operate better while a motorway can help traffic bypass areas and more easily reach their destination. It can get a bit hectic as more and more days pass and your city grows for sure. If you ever need a moment to catch your breath and think about things you can always pause the timer which will cause everything to stop and let you do just that. You can also fast forward the timer if you need things to move a bit quicker.

Your overall goal in the game is to see just how many days you can keep your city running. You lose if too many deliveries that need to be picked up stack up at any given destination. I’m personally not very good at the game yet so the longest one of my cities has stuck around for is about 80 days or so. I keep planning poorly for how my roads are laid out and so my traffic gets backed up and I end up losing. That said I’ve still had quite a bit of fun with the game and it’s a perfect title to just jump into for a short period and see how far you can get. There are online leaderboards to see how you are doing compared to others and daily and weekly challenges as well that will throw some conditions on you like you starting with so many traffic lights but you don’t gain any more as you play.

Mini Motorways is a puzzle game with a simple premise but one that I’ve grown quite addicted to. It doesn’t have a ton of content to play through but each time I attempted to build out the roads in one of these cities and failed, I was tempted to jump back in and try a different strategy. It’s the perfect type of game to just jump into when you have a few minutes here and there.