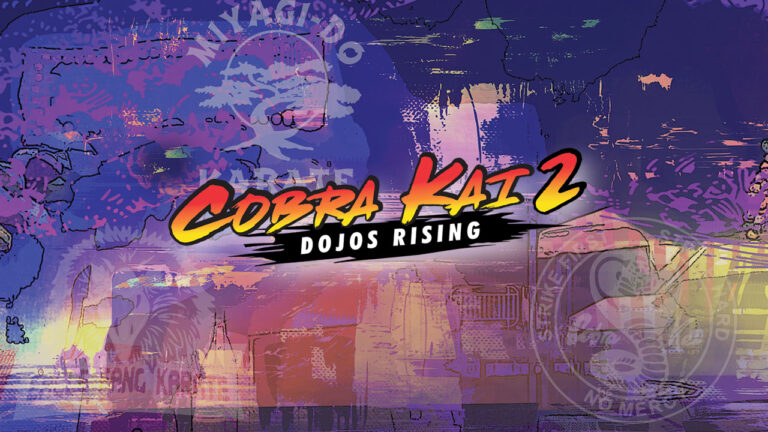 GameMill Entertainment and developer Flux Games have announced that Cobra Kai is getting another video game this fall called Cobra Kai 2: Dojos Rising.

The game is set to launch sometime in fall 2022 on PlayStation 5, PlayStation 4, Xbox Series, Xbox One, Nintendo Switch, and PC. Pre-orders are open at retailers with the game being priced at $49.99. Players can look forward to playing through a story mode, online tournaments, and getting to use 28 different characters. You can learn more about the game below.

The Cobra Kai saga continues with Cobra Kai 2: Dojos Rising. Eagle Fang, Cobra Kai, Miyagi-Do—which is your dojo? That choice begins your journey, but then it’s up to you to recruit the most powerful team as you master your fighting style and battle to solidify your dojo’s legacy as the All Valley Karate Grand Champion!

Exciting Game Modes: Jump into Story Mode and immerse yourself in an exciting new storyline that will have you fighting your way to the All Valley Tournament, or play Cobra Classics and relive epic moments from the show and more!

Select Your Dojo, Build Your Strength: Choose from Eagle Fang, Cobra Kai or Miyagi-Do dojos, and increase your skills by collecting chi and coins. Recruit and train new members to become the most powerful dojo and seal your destiny as the Grand Champion of the All Valley Tournament.

28 Playable Characters: Play as your favorite characters from the show’s expansive roster, and use their special abilities and skills on your path to victory!

Online VS. Tournament: Jump into online Tournament mode and compete in the All Valley Tournament. Fight your way to secure your legacy as the ultimate champion.