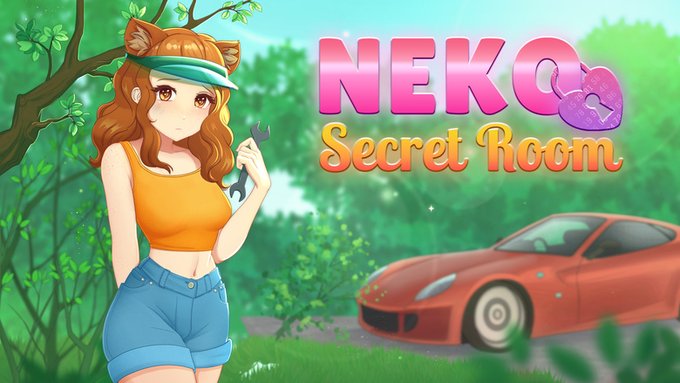 Have you ever played a game before that after playing it you just walked away feeling like it was pointless? That’s exactly how I felt after playing Neko Secret Room on the Nintendo Switch from Eastasiasoft and developer Axyos Games.

Neko Secret Room is a game about you playing as a catgirl who is sneaking into the apartment of her photographer friend to see what she is hiding. So, what exactly are you able to interact with and search in this apartment you may ask? Not much at all actually. This game is extremely limited in what it lets you interact with which is part of the reason it feels so pointless. You can play darts for some reason, watch your catgirl dance awkwardly by the bed for some reason, change clothes, and finally try to hack into their computer. There was nothing to the dancing, darts, and clothes so I went to the hacking which also felt pointless.

On the computer there are a couple different folders you can interact with that contain various images. These images have to be put back together through a tile swap mini-game that doesn’t control well at all and when it’s complete you get an image of a girl that is usually showing off her boobs. That’s all there really is to it. Nothing is explained about why you are hacking into this friend’s stuff which again makes me wonder what is the point of this game? It really feels like it was made to give people a way to look at some naked anime girls but do you really need this game to do that if that’s what you’re into? I think not.

Eastasiasoft has a lot of games that are worth your time but Neko Secret Room is not one of them. There is nothing much to do here at all other than match some picture pieces together and even after doing that you are left with the feeling of “why did I just spend my time doing that?” Pass on this one and go find one of the many other games in this publisher’s catalog to play instead.