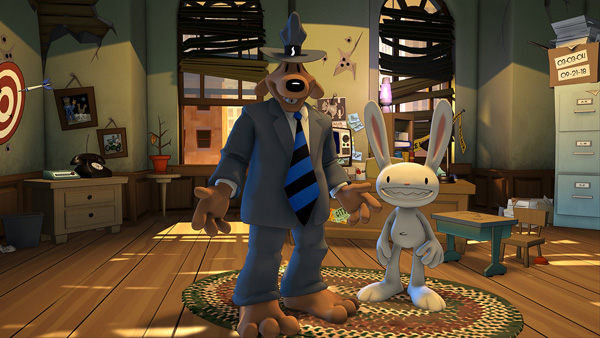 Skunkape Games have announced that they are bringing Sam & Max Save the World Remastered and Sam & Max: Beyond Time and Space Remastered to PlayStation 4 on September 29.

Both of these remastered titles have been available on Nintendo Switch, Xbox One, and PC for some time now but this will be the first time PlayStation players get to experience these titles. You can get a look at them in the new trailer below and read much more.

Sam and Max, the self-proclaimed Freelance Police, are a dog and rabbity-thing team who fight crime… sort of. Sam is a six-foot-dog in a suit with a nose for justice (just don’t call him McGruff, or he might bite you). Max is a hyperkinetic lagomorph with no internal filter and an insatiable hunger for chaos. Together they save the world—sometimes on purpose—in the weirdest, silliest ways possible.

In Sam & Max Save the World, a mind-control scheme involving washed-up child stars spirals to encompass the media, the mafia, the United States government, and the internet—building up to an out-of-this-world finale.

0 0
Previous ArticlePlayStation Plus Extra & Premium September 2022 Titles AnnouncedNext ArticleBreaking Down The Mysteries of Crypto-Based Games – Why Are They So Controversial?