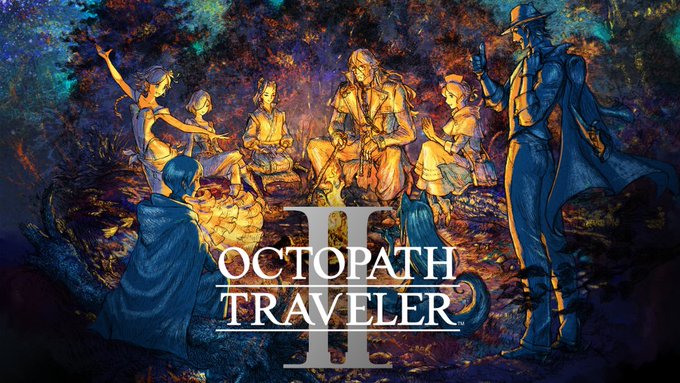 The game will launch on February 24, 2023 on PlayStation 5, PlayStation 4, Nintendo Switch, and PC. While the first game is on Xbox One there is no word on an Xbox version for the sequel currently.

The first game has sold over 3 million copies to date so it should be no surprise that we are getting a sequel. You can watch the first trailer and learn more about the game including pre-order details below.

In Octopath Traveler II, players will embark on an exciting journey through the brand-new world of Solistia. Developed by the same team behind the beloved original, which has sold over three million copies worldwide, this installment improves upon the series’ iconic HD-2D visuals: a striking blend of retro 2D characters in a beautiful 3D world. The game’s new storyline, characters and features make it the perfect entry for newcomers to the series, while also preserving the charm of the original game for veteran players. Players can look forward to following the journey of eight distinct protagonists as they explore the land and conquer enemies in strategic turn-based battles on an adventure all their own

New and returning gameplay features and elements include:

Break & Boost Battle System – Players must act strategically to exploit enemy weaknesses to “Break” them in order to inflict more damage, and “Boost” their travelers to enhance their abilities.

Path Actions – Players can interact with NPCs throughout the world in various ways by using actions unique to each character. Path Actions will vary depending on the protagonist and whether it is day or night.

Day / Night Cycle – The townscapes and Path Actions available to each character will change depending on if it is night or day, creating more opportunities for exploration and discovery.

Latent Power – A new battle element in which characters can unleash a powerful ability once the ability’s gauge fills up during combat.

Crossed Paths – Additional stories will unfold between the protagonists as their journey progresses, further intertwining their narratives.